As a company that supports adwords management services, we found the latest twitter ban on Russian advertisements interesting.

On October 26th, Twitter made the decision to pull any ads coming from Russia Today and Sputnik. These two companies were involved in the accusations of tampering with the U.S. election in 2016. There have been a number of accounts that have been linked to conspiracy theories about Hillary Clinton. Even with the banned ads, the two companies have been allowed to keep their current accounts as long as they follow the Twitter regulations going forward. 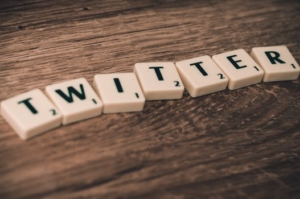 As a result of this huge blowout, Twitter users have been questioning whether or not they have really been out of the loop, or if they knew about the advertisements all along. Even more problematic, are the accusations from Russia Today, saying that Twitter was actually trying to encourage the ads to be run. Being the first of the social media outlets to ban the advertisements has begun to raise a lot of questions. Twitter claims that they will donate any funds made from the advertisements to more research into the issue.

With so many accusations floating around, it’s hard to get an answer on who is solely responsible. Twitter has disclosed very little and promised to shed more light on the subject later on. Unfortunately, because of their discreetness, it leaves the public assuming the worst, sending more blame to the company itself.  Facebook and Google have both been in the discussion, but neither is moving in any direction to ban.With all of these recent allegations, Twitter really needs to find a backup plan. They have offered to donate the millions of dollars made from the advertisements, but even this action could make Twitter look guiltier.

Branding Los Angeles uses adwords management services to help companies build their brand successfully. Contact us today with any, and all of your marketing needs! Follow us on Twitter.