Every April 1st, popular corporate brands play April Fools Pranks on the public. Do you remember when YouTube closed or when Taco Bell bought the liberty bell? From Google to Starbucks, we have compiled a list of the top branding pranks that fooled the world.

Google has been invaded by Pac-Man. The company announced that you could now play Pac-Man on Google Maps. Washington D.C., Los Angeles, and London are some of the best place to play, but watch out for Binky, Inky, Pinky, and Clyde! Google is well-known for pulling April Fool’s Day Stunts.

Through some clever copywriting, Taco Bell made people believe that it had purchased the Liberty Bell to help “reduce the national debt” and renamed the national landmark the “Taco Liberty Bell”. Thousands of concerned citizens had called the company’s headquarters before it was revealed to be a hoax. 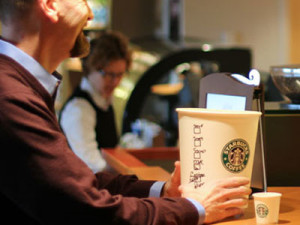 Starbucks listened to requests for new drink sizes and introduced the 128-fluid ounce “Plenta” that would deliver record amounts of coffee. When emptied, the “Plenta”could be used as a popcorn bucket, lampshade, or planter.

Virgin announced in 2011 that their co-founder Richard Branson had purchased Pluto for an “undisclosed sum” and would be reinstating it as a planet. Branson was already linked to space travel and this fake story was very believable.

In 2013, Google announced that YouTube would be closing at midnight. The site was a competition to find the best video in the world and entries have closed. It will take ten years for them to sort through all of the video submissions and the winner will be announced in 2023.