This may seem odd for the photo based platform but Pinterest has managed to incorporate video ads into their  website with some creativity. As the platform is predominantly used for researching projects, recipes, and ideas, they can offer the user uniquely relevant ads based off their most common searches. While it is not uncommon for advertisement algorithms to be based on this, the design of Pinterest’s video ads allow them to be directly related to the user’s search and potentially solve their problem or give them further inspiration. This is also more likely to generate interest in the ad.

Video ads are common on several platforms, and often ignored or skipped, providing Pinterest with a difficult task.

Pinterest has overcome this by building the ad into the website and user experience with the ad only playing when the user is scrolling, and remaining muted until clicked on. When clicked upon, 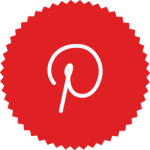 the ad will open a new tab and play with sound and suggested relevant pins.This ensures that it will be seen but not hinder the users experience, which is a good decision on Pinterest’s behalf.

Pinterest is finally joining the wave of people using media buying services and getting videos for ad revenue.

As Pinterest is not a video based platform, it is understandable that they would hold out on joining in, however video ad revenue has become an important part of digital companies. In turn, companies are investing more into producing video advertisements for social media and digital platforms. Pinterest has already tested the ads and opened a beta project working with brands such as Old El Paso and Garnier. They have also invested more into their ad services, growing their connection within the advertising community and gaining an approximately $100 million revenue. It seems likely that Pinterest will continue to grow in this regard.